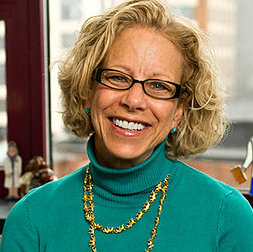 3:00 Cell free fetal DNA testing: not a revolution but a refinement – and a paradigm shift.

6:15 The role of industry permitted cf DNA testing to grow at an astounding rate. “The well accepted model would have been to get federal funding,” says DB, “and lord knows we tried.” Industry stepped into the void, and the rest was history.

7:33 NIPS is the best available first-line screen, though technically nuchal translucency and serum screening remain standard of care. “Standard of care has a positive predictive value of 5% in the general population. That’s not a very good screening!” Coverage of ccfDNA testing for the general population is improving. How is it right now? Random!

16:00 Diana’s career began with a search for fetal cells in maternal blood – have your goals remained the same?

21:30 Breakthrough work in mouse models and human cells shows the potential to improve cognition in people with Down syndrome by treating them as the brain develops – during pregnancy. The goal? “If we could increase IQ by 10-20 points that represents means a significant improvement in independent life skills.”

26:50 Companies push an expanded menu of targets for cf DNA testing during pregnancy. Five to six years after the tests were introduced, we are still debating their clinical utility.

30:30 Anomalous results from cfDNA testing can create dilemmas about what to report. If results suggest that the chance of miscarriage is 95%, is it ethical to return those results?

34:15 What should labs do when results are suggestive of maternal malignancy? Your tax dollars are ON IT! DB describes a new study at NIH that will pay all costs for an extensive workup as well as counseling. For more information on the IDENTIFY study, see below.

41:45 Like many genetic tests, cfDNA testing during pregnancy can produce many secondary genomic findings. DB is investigating results that suggest low-grade mosaic Turners syndrome in mothers-to-be. Should we be discussing the risk of these findings with women as a part of informed consent (EDITOR’S NOTE: apparently DB believes that informed consent for cfDNA testing during pregnancy is still a thing! LOL. How optimistic. I would have pursued this but we were out of time!). Recent publication of Acta Scandanavia map around the world (GasdaL)

If you have patients currently or recently pregnant whose cfDNA tests were suggestive of maternal malignancy, they may be eligible for a workup at NIH, all expenses paid including travel as necessary. Contact Amy Turriff at [email protected]

Diana Bianchi began her career in genetics so long ago that she needed to make one thing clear: “I’m not that old. I just started young.” And it’s true! Diana fell in love with the study of chromosomes back in high school and returned to it as a pediatrician and a specialist in neonatal medicine. From the start of her career, she has been absorbed in the question of how to pull information on the fetus from the maternal bloodstream. Her work has led her through a 3-decade+ academic career (where she was lead author on a landmark 2014 study showing the clinical value of cell-free DNA testing) and now to the NIH, where she directs the Eunice Kennedy Shriver National Institute of Child Health and Human Development.

Diana joins us here today to discuss the past, present, and future of prenatal genetic testing.