Heather Hampel on the State of Cancer Testing 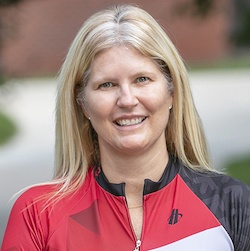 1:30 Lynch syndrome screening is a rare true win in cancer screening because it allows not just early detection but prevention. But it's “grossly under diagnosed.”

1/279 people in the general population have Lynch – unbelievably common for a high penetrance, dominant condition… current estimates are that 90-95% of people w/Lynch are not aware of their diagnoses

7:30 Data is pouring out in 2020: with general population screening for the three “CDC tier 1 syndromes” (Lynch, HBOC, and Familial Hypercholesterolemia) 1/75 people are positive – a number, Heather points out, higher than newborn screening (where are you going with that, Heather?).

10:00 On screening for cancer syndromes, Heather says our initial approach was passive. “We waited in our offices for people to be sent to us.” Improvement number one was testing colon cancer patients and then doing cascade testing in families. But, Heather points out, they still don’t get to us until someone gets cancer: the “sacrificial lamb approach.”

The best approach? Heather says she wants to test all adults between ages 18 and 25 but the problem is, “you can’t reach them at that age.” (It’s true, vouches Laura, mother of three. They move around a lot. Try tracking their phones…)

17:15 I KNEW SHE WAS HEADING HERE. Heather makes an argument (several arguments actually) for putting FH, HBOC, and Lynch syndrome on the newborn screening panel.

20:30 Heather puts in an unsolicited plug for the Sloan Kettering Impact program: tumor testing and optional germline testing for every patient diagnosed with cancer. The result? Great data for every cancer on the prevalence of germline susceptibility genes.

23:45 The perils of scaling up: NCCN guidelines recommended that all pancreatic cancer patients get offered genetic testing but “our wait time for GI counseling at that time was six months and the prognosis for pancreatic cancer is not good. We had patients literally die before they could get in for an appointment.” Time to hand over the pre-test counseling…

Don’t worry about giving your job away, says Heather. Worry about operating at the top of your scope. Seeing only the patients who test positive has been a better experience for all.

31:30 Heather reports that immunotherapy has gotten many oncologists enthusiastically on board with genetic testing. “When it works it is so dramatic,” Heather explains. One doctor called it the “Lazarus therapy.”

“When an oncologist has seen that work, they don’t want to miss a single patient.”

45:45 What will CA genetic counseling look like 10 years from now? A lot of counseling families who test positive and a lot of public health genomics. “What we’ve done historically is help one family at a time. It’s not enough.”

Heather Hampel, one of the pioneer genetic counselors in the realm of cancer counseling, has been leading the charge on Lynch syndrome screening for over 20 years. Whatever your leadership metrics, Heather ticks them: multiple publications, past president of ABGC, PI of the Ohio Colorectal Cancer Prevention, Professor in the Department of Internal Medicine and Associate Director of the Division of Human Genetics at the Ohio State University.

She’s here today to talk about how we’re faring in screening for inherited cancer susceptibility syndromes and the word is… we have work left to do!