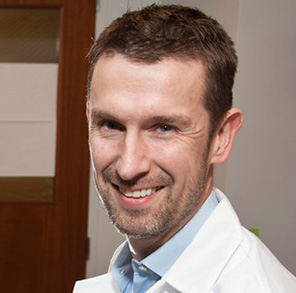 1:40 Let’s start with something simple: what is epigenomics? Yeah…. John says there are several competing definitions.

3:00 Laura cites Beckwith Wiedeman and Angelman symdrome as examples of epigenetic conditions. In what turns out to be a theme, John explains why I am mistaken (it sounds gentler in that lovely Irish accent).

6:20 Laura proposes cancer as an “obvious” example of an epigenetic disease. This one gets a “Yes and no.” And a little history! First use of “epigenetic” to describe cancer happened in the early part of the 20th century. LAURA IS VINDICATED!!!

16:00 John founded the Center for Epigenomics to democratize testing, but took a sabbatical in 2014 to reorganize because he found this mission was (editorial note: like everything in epigenetics) not as straightforward as he had hoped. We were “so enamored with our ability to do assays that we were ignoring bigger picture.” Some fascinating thoughts on the importance of a cellular focus, and a warning: clinical application of epigenetic testing is tricky.

20:30 Laura suggests that single cell sequencing will be the bomb and John explains that she has failed to consider the significance of somatic mosaicism. Drat.

25:25 John and Laura find strong and principled agreement on the subject of raw kale (not meant for human consumption. Quite right! And speaking of hype….

-Maternal to fetal transmission? Real. May or may not be defined as epigenetic

-What about the Dutch Hunger Winter studies? “I always tend to revere the work of specialists whose disciplines I don’t understand very much…”

-Overall? “we’re still trying to connect those dots and it’s tough.” Be cautious.

43:30 John describes work he is doing to improve communication between labs and clinicians, so that phenotypic information can be used more effectively in the genetic testing process. Sequencing of the patient or trio testing is a step forward, but also “the most underpowered research study ever.” John and collaborators have produced Genome Driver (currently in Beta) to provide a streamlined approach to describing and communicating phenotypic data. Coming soon to a clinic near you!

57:00 What does rugby teach us about how to collaborate well in science and other endeavors? (Laura asks for a friend). “The importance of working as a team.”

Laura talks today with John Greally, a pediatrician and epigenomicist with appointments in Medicine, Pediatrics and Genetics at Einstein Medical Center in the Bronx. John is the founding director of Einstein’s Center for Epigenomics, and an innovator who has looked hard at how to improve the integration of genetic testing into clinical practice.

Note from the Host: I’d like to mention here that this interview was taped at a very particular moment in time, as New York City was struggling to recover from the horror that was April 2020, and just prior to the public execution of George Floyd and ensuing movement for social justice in the U.S. and abroad. I chose not to publish this interview in the weeks immediately following Floyd’s death, given the emotional and political significance of the protests and the importance of the resultant public dialogue. Listening to this interview today, it feels strangely dated for a conversation that took place only weeks ago. What can I say? The world moves fast sometimes.