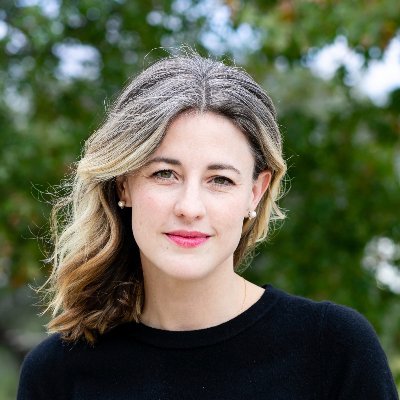 9:00 If we call attention to the fact that genetics matter, are we opening Pandora’s box?

15:00 Relying on assumptions of universal ‘sameness’ – often the refuge of those concerned about genetics leading to eugenics – then KPH fears that our commitment to fairness will be contingent on ignoring any genetic differences that turn out to be for real.

22:00 KPH, on the critiques of polygenic scores:

Lack of portability between groups? “In the social sciences, context is always a part of the analysis.”

Missing the genetic effects of rare variants and CNVs? Okay, she’ll give us that one….

“Polygenic risk scores: not deterministic and not useless”

35:30 On the problem of how to ensure that what you write will still be relevant when the book comes out: “This is why geneticists don’t write books.”

39:00 How can polygenic scores be used to improve policy?

48:30 Bravely taking on the belief in meritocracy, another American article of faith. “Meritocracy was originally coined as a word for a dystopia,” KPH points out. Merit can be instrumentally useful – we want good pilots to fly planes – but it doesn’t mean you earned it.

51:30 Applying Kendi’s language about the intentional dismantling of racism to the threat of eugenics: to undo eugenics, we must be “anti-eugenicist.” Deliberately blinding yourself to the existence of genetic differences in the interest of avoiding eugenics “doesn’t make genetic differences go away – it just makes your science worse.”

56:00 Contrary to whatever Charles Murray may say, polygenic scores pick up on cultural effects. “PGS are messy and pick up our DNA variants and everything in our environment that is correlated with DNA variants.” But… “A biologist’s trash is often a social scientist’s treasure”

58:00 In the book, KPH calls GINA “largely irrelevant”! Heresy! Here’s what she means: GINA is inadequate to the social circumstances that also impede access to health insurance and jobs.

Kathryn Paige Harden is a professor of psychology at the University of Texas, where she leads the Developmental Behavior Lab and co-directs the Texas twin project. The author of a new book, The Genetic Lottery: Why DNA Matters for Social Equality, Harden argues that DNA testing can be used in policy-making and research not to reify existing inequalities, as eugenicists and racists suggest, but to recast genetic differences as luck – the Genetic Lottery – and build a case for our duty as a society to do more for those who have less. A progressive who challenges many progressive pieties, Harden has made a mark; her work has been featured in the New York Times, the Atlantic, the Washington Post, and the New Yorker – to name but a few.