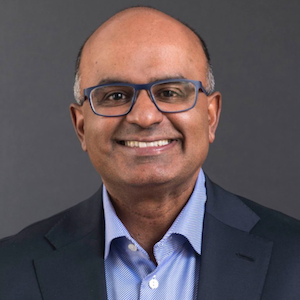 Guest: Sekar Kathiresan, Director of the Center of Genomic Medicine at the Massachusetts General Hospital and Cardiovascular Disease Initiative at the Broad Institute. Professor of Medicine at the Harvard Medical School.

03:51 In people with an early heart attack, can we identify a Mendelian mutation in only 2% – so what’s going on in with everybody else?

08:39 PRS for cardiovascular disease: the genomic risk from common variants boiled down to a single number, with a predictive value similar to cholesterol.

12:34 Based on unpublished data, in 20% of patients with early heart attack, the PRS was the only metric that was abnormal

15:30 Sek cites evidence that favorable lifestyle can counteract genetic risk. Does that mean telling people about their risk will improve outcomes? “Behavior change is hard.”

19:52 Does medication lower risk for people with higher PRS scores?

23:57 Does this PRS, developed primarily in people of European ancestry, work in other populations?

34:07 The value of determining polygenic risk will vary depending on what intervention is possible – each situation will have to be assessed individually.

35:40 You don’t need a whole genome sequence to do a PRS – Sek predicts tests will be available for less than twenty bucks, using chips and imputation.

Polygenic risk scores have burst onto the scene in 2018, not because they are new (they are not) but because after years of discouraging and anemic results, it seemed that perhaps this sort of amorphous “risk in your genes” -- the risk that remains after Mendelian variants are ruled out – was not something we would ever be able to quantify. And now, some new work is challenging that assumption. Can we make predictions based on tiny effect sizes in thousands of genes? It looks like the answer may be yes – and that ”yes” (even with caveats) brings us rather abruptly into a conversation about the when, where and why of clinical use.

When it comes to PRS’s, Harvard’s Dr. Sekar Kathiresan is the man of the hour, and we are very pleased to have him joining us here on the Beagle.