Laura talks today with John Greally, a pediatrician and epigenomicist with appointments in Medicine, Pediatrics and Genetics at Einstein Medical Center in the Bronx. John is the founding director of Einstein’s Center for Epigenomics, and an innovator who has looked hard at how to improve the integration of genetic testing into clinical practice.

Note from the Host: I’d like to mention here that this interview was taped at a very particular moment in time, as New York City was struggling to recover from the horror that was April 2020, and just prior to the public execution of George Floyd and ensuing movement for social justice in the U.S. and abroad. I chose not to publish this interview in the weeks immediately following Floyd’s death, given the emotional and political significance of the protests and the importance of the resultant public dialogue. Listening to this interview today, it feels strangely dated for a conversation that took place only weeks ago. What can I say? The world moves fast sometimes.

David Goldstein is a self-described “geneticist for hire.” It’s been five years since he arrived in New York as the inaugural director of the Institute for Genomic Medicine at Columbia University Medical Center, and despite his California roots, the city has adopted David as a native son (no, seriously, he is often mistaken for a native New Yorker. Why? I have theories…).

In a wide-ranging conversation, David and I discuss progress at the IGM, his views on the genetics of common disease (wherein I try to get him to reprise controversial comments from the past, with mixed success) and the global movement to fight Covid-19, including their own work, right here in the heart of the world’s hardest hit regions. He’s definitely a New Yorker now!

Geneticist Heidi Rehm of Harvard Medical School and the Broad Institute has helped develop many of the tools that are fundamental to our ability to harness genomic variation for medical care: ClinGen, ClinVar, Matchmaker and others. Heidi has been called “a pioneer of open science and data sharing.” Today she joins us on the Beagle (a Corona-free zone) to talk about the remarkable extent, in the midst of an era of competitive and market-driven science, to which the field of genomics has been able to develop not only the tools but also the will to collaborate in the pursuit of better patient outcomes. 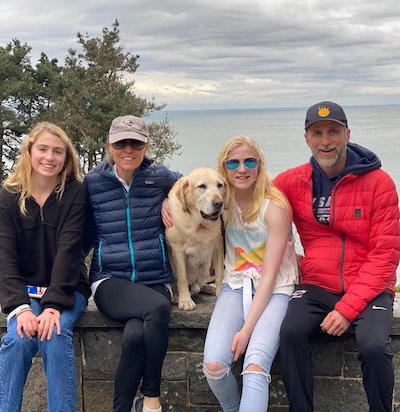 Penny Wolfson’s book, Moonrise, grew out of her experiences after the diagnosis of her oldest son Ansel Lurio with Duchenne Muscular Dystrophy.

Today Ansel is 34 and his biography far exceeds the limited expectations of the neurologists who counseled his parents when he was a toddler. Penny credits incremental improvements in care for the successes they’ve had to date.

Her message to clinicians? Never assume you know for sure what the future will bring.