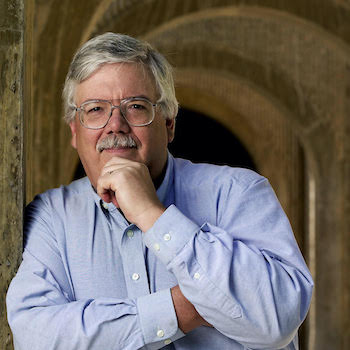 5:30 Asilomar and the moratorium – it’s very nice to say you don’t want what you can’t have.

10:00 Hank and I consider the race to uncover the mystery of the palindromic repeats (with apologies to all the great scientists whose names we mispronounce) and its inevitable conclusion: “the discovery of the most important biological tool since PCR.” Someone was going to win the race, Hank says. “It was one of those things that were in the air.” But what got us to that point? “Pure, curiosity drives science.”

14:15 A mic drop moment about the name of the great CRISPR pioneer Jennifer Doudna

15:15 The He Jiankui story. Is he Icarus or Dr. Frankenstein?

28:15 The official consensus on human germline genetic engineering holds open the possibility of a path forward, but – Hank points out – the required conditions may never be met. And does the consensus suggest that ‘Science’ gets to decide?

31:00 Do we have the means to regulate human genetic germline engineering? Other countries may be better equipped, Hank suggests.

37:15 The challenge question: if human genetic germline engineering is going to happen somewhere, does that mean we should do it too?

40:30 But but but…how much will human genetic germline engineering really happen?

I can hardly believe I’ve been doing this podcast for more than 2 years and never had Hank Greely on before. Hank Greely is the Deane F. and Kate Edelman Johnson Professor of Law at Stanford University, and Director of the Center for Law and the Biosciences. When you want an opinion on anything at the intersection of law, policy, and bioethics, Hank is where you go. And I want an opinion on everything at the intersection of law, policy, and bioethics. Luckily, Hank’s new book, CRISPR People, brings him on the podcast today.