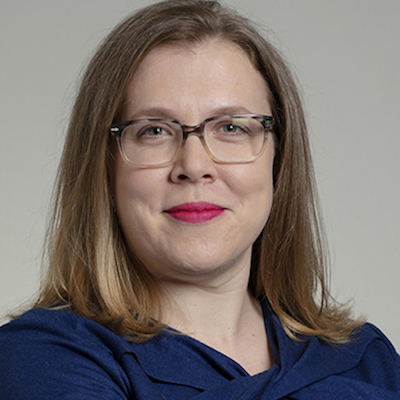 5:00 As All of Us gets underway, Louise says the plans for what they will be giving back over the life of the project are… frustratingly vague. But they will begin with a medically actionable panel (somewhere around 60 genes but definitely NOT the ACMG59TM.

8:00 Step one is the putting together the infrastructure for about (by my calculations) 4000 positive results sessions a year. Does that mean someone is hiring? Asking for a friend…

15:20 All of Us is not the same as All at Once. Decisions about what to offer will be made in a phased approach.

16:20 Pharmacogenetics? It’s a part of the plan, but aspirational for now. Louise identifies this as an area where the public may be disappointed with the gap between what they expect and what the evidence suggests we can do. I say, the public’s not the only one… I’m pretty disappointed too, for the moment.

20:25 Giving back all the raw data? Despite some clutching of pearls by the genomics community, Louise says that’s still in the plans. She’s on board, although adding “this program challenges me over and over again to see what it looks like to actually put principles into action”

23:00 AOU will do genotyping by array first and genome sequencing to follow.

25:00 Louise says the program, by virtue of its large scale, is forcing the field to grapple with some key questions… no more options to kick the can down the road. Here’s one: what is “information” and what are “results”? Does everything qualify? We… don’t entirely agree. But ultimately Louise says, either they give back everything or someone has to be the adjudicator of all requests – and who wants that job?  Not Louise!  (fair enough…)

39:40  Another AOU ethical challenge: Louise explains why the plan is to accept children – and why to date that remains on hold.

42:00 Establishing a cohort that looks like America was a principle goal of the AOU program. Louise says the accepted wisdom as they got started was this might not be possible.  But, she reports, efforts are paying off.  Her message?  Don’t do the same things and expect a different result.  Their plan was to design in a community based approach, and a willingness to engage and acknowledge wrongs from the past.

As we get underway with All of Us, the huge tax-payer funded project to assemble a database or genomic and medical information on 1 million Americans, there are people working hard to make sure it fulfills two founding principles. First, to treat participants like partners (and this means giving them access to the results). And second, to make sure this effort leaves no one out. Our guest today on the Beagle, Louise Bier of the Institute for Genomic Medicine at Columbia University, has been in the trenches on AOU, helping to put together the infrastructure that will create a database that looks like America in all ways: not only ancestry and race, but sex and gender, socioeconomic status and geography.

So Louise – how’s it going?